Protein is one of the most important ingredients for our well-being, especially for people who exercise.

Many protein-fortified foods have been sold in recent years, but the truth is that protein is naturally found in some of the most delicious desserts already available. Here are some of them:

Last year we all saw ads, or products in a supermarket which were fortified with protein. This is true for the various protein bars that fill the shelves, for the protein-enriched yogurt, for cereals and many other products.

So why does everyone want more protein in their diet?

More and more people in recent years have switched to vegetarian and vegan diets that usually have less protein (animal). Also, many have started exercising rigorously, so they need more protein in the body to build muscle.

This is because proteins are the building blocks of all the different cells in the body, including the development of muscle and bone in youth and the maintenance and strengthening of the skeletal system as people age. In addition, and perhaps no less important, eating protein contributes to the feeling of satiety which helps in weight control and strengthens the immune system. with

The recommended amount of protein for a healthy person is 0.8 grams per kilogram of body weight. This amount varies according to different needs and can reach up to more than 2 grams per kilogram, for example in situations where the person exercises more than average or is on a low carb diet.

Here are some foods that can be eaten on the go, which will increase your protein intake.

A handful of nuts

Combining a variety of nuts and seeds in salads, cooked dishes, smoothies, cereals, soups, pasta and more is a convenient and healthy way to add small portions of protein to the menu. A quarter cup of walnuts can contain between 3 and 7 grams of protein (depending on the type of nut), a quarter cup of seeds contains 7 to 12 grams of protein, and chia and hemp seeds have the most content high in protein at 10 to 12 grams per quarter cup.Edamame
These soybeans stored inside green beans are low in calories and high in protein. The natural packaging in which they arrive is perfect for seed lovers because extracting beans from green beans is very reminiscent of the Israeli fun of cracking sunflower seeds.

In addition, pumpkin seeds have a good amount of magnesium, a mineral that most of us need more of; zinc, antioxidants and fatty acids like omega three and six, which are beneficial for heart and liver health. An important nutrient, especially if you are really tired and suffering from sleep problems, is an amino acid called tryptophan, a substance used to treat insomnia. 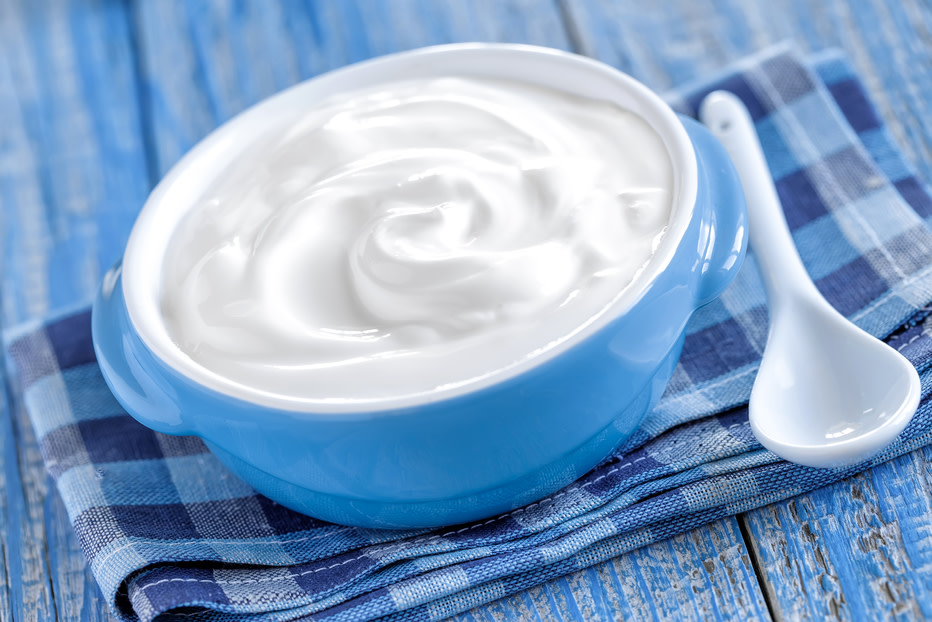 Kos (Credit: ING Image)
Eating yogurt as part of a balanced diet can contribute to a healthier lifestyle, and many studies have found that yogurt has a beneficial effect on health. There are plenty of protein-rich yogurts on the market today (some can reach around 20 grams of protein per cup), but the truth is that even plain yogurt provides a good amount of protein at around 7-8 grams per cup. Yogurts also contain other ingredients such as calcium, potassium, magnesium and probiotics – minerals and ingredients that maintain bone health and help the digestive system.

Are you familiar with the mania for pasta chips?

If not here’s a new product just for you! , Is, quite simply, cooked pasta that is mixed with some basic spices and transferred to heat in the home oven. The result is actually a crunchy and delicious pasta. What is the relationship between pasta from flour and protein? Nothing! But if you want to stay in shape and take care of your figure and also get protein – replace regular pasta with legumes, such as lentils or peas.

In a cup of such dried pasta you will find up to 25 grams of protein (depending on the legumes), a good amount of iron and even calcium. It’s worth it!

What is the difference between choosing a plant-based or vegan diet? – Times of India

5 myths about protein that you should stop believing now